The stage is set for a game-changing Budget next year

It happens rarely after any budget, but this is a cheer-all Budget. It satisfies the conservative fiscal deficit watcher and the social development cheerleader at the same time. The focus is on growth, on individual enterprise, rural and agricultural reform, financial reform and social development. It's hard not to be happy with a budget like that.

It was interesting that the first 10 minutes of the Budget spoke of growth. The direction of 9% and 10% is very encouraging. A decade ago, a budget speech would have always started with anything but growth being the centerpiece. This in itself is a big shift in our nation's thinking. The next 40 minutes outlined all social development schemes, the right to work, the right to education, food security bill, Bharat Nirman, financial inclusion, skill development and so on. The point that comes through, though not so explicitly stated this time, is that it is growth that is enabling social development.

The other important element is credibility. When he promised fiscal deficit at 6.8%, commentators were quite unsure, but as it turns out, he has delivered on it. This time he has promised 5.5%. He starts with an upfront advantage of high credibility. What has worked further is that he has given a roadmap, which gives great comfort to the domestic and international community.

The other element that spooked the markets last year was the high borrowing programme. This time he has promised a much lower net borrowing program at Rs 3,45,000 crore, which is a huge relief.

There is a lot of parallel economy that is probably waiting to move into the mainstream, which is why I expect the DTC to be a key driver for official GDP and growth rates in the longer run. The promise to stick to the deadline of April 2011, in my mind, is a huge statement. I wish the corporate tax rates come down to as low as 20% in the long run, which makes global businesses feel the returns in India are great. Singapore at 20% and China at 25% are examples.

The other very significant announcement is the plan to implement GST. In fact, it appears that the reason he has hiked excise to 10%, and left service tax at the same rate, is to ease into the implementation of GST. These may look like small announcements, but the impact on the future growth of India will be profound.

Last year, I had commented that it was an understated Budget, it will deliver more than it promised. Last year, the FM avoided much attention to disinvestment, but ended up doing a lot more than promised. This year, he has put up a moderate, achievable target of Rs 25,000 crore. When the FM announced that the value of divested companies has increased by 380%, the bench cheered, which is probably the first time when a bench cheered on disinvestment.

India needs infrastructure to match the developed world. The allocation of Rs 1,73,000 cr is significant. The scheme to provide additional deduction for infrastructure bonds is a big positive policy change, as there is real need to raise long-term resources to finance infrastructure projects banks are not natural financiers of infrastructure because of ALM issues.

This was an important Budget, but it is leading up to a game-changing Budget next year.
Posted by Sanjay at 11:34:00 AM 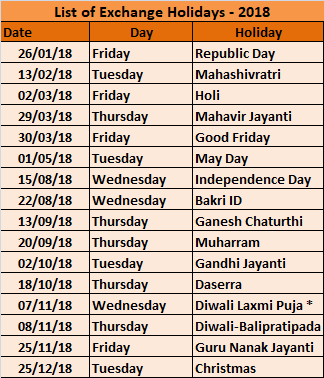